Talent, passion and intuition character ise artists whose works we present  at the exhibition in the National  Ethnographic Museum in Warsaw. Maria Korsak, Łucja Mickiewicz,  Leokadia Płonkowa and Halina Walicka are regarded as artists belonging to  the circle of the most outstanding  non-professional Polish painters.  They were presented to the world of  enthusiasts of this original, natural art by its most prominent Polish  researcher and promoter, Aleksander  Jackowski (1920–2017), who in 1965,  in Warsaw Gallery Zachęta, organised  the first Polish review exhibition of  such artists’ works. The inauguration of the exposition was preceded by  several years of searching among  a great number of amateur creators – those who charmed Jackowski with  “the authenticity of experience and  perceiving the world.” Jackowski titled  this presentation: Others. From Nikifor  to Głowacka. “Others because each  of them has his or her distinct world,  restricted by the circle of sensations,  experiences, beliefs, which decide the  character of paintings or sculptures”  (Jackowski 1965). He accentuated  their important position in the Polish  culture, believing that it is “enriched  by them, and that means they contrib ute new values to it. Others. Not better,  not worse, but just others. Comple mentary” (Jackowski 1995: 7).

This legendary and canonical exhibition  showed the works of three painters  from the group presented here: Maria  Korsak, Łucja Mickiewicz and Leokadia  Płonkowa. Halina Walicka was later  added to their circle and appreciated greatly by the researcher. All these  artists were described in a ground breaking work of Jackowski Sztuka  zwana naiwną [The Art Called Naive],  published in 1995, which constitutes  a kind of the guidebook for the „classic” of the post-war and non-professional  art. The book with the subtitle Zarys  encyklopedyczny twórczości w Polsce [The Encyclopaedic Outline of Works  in Poland] is a summary of multi annual studies, used as a textbook by  subsequent generations of people who  become experts and collectors. The  second important criterion connecting  our heroines is denoted by Warsaw –  as a place of their life and a source of  inspiration. Not all of them were born  in the capital of Poland, but all of them  spent here their adult life, the most  creative years. The city encouraged  them to create, brought themes, and  later admired their art. The artistic cre ativity of these painters corresponded to  a good time – the period of exhibitions  and collectors’ activity. Today, they are  forgotten. Will their art, presented after  years, attract the modern audience,  or maybe the exhibition will constitute  only a chronicle reminder of history  from before several dozen years? 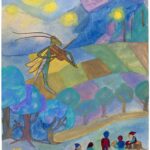 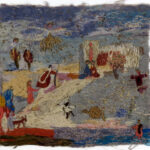 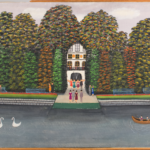 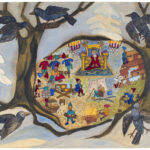 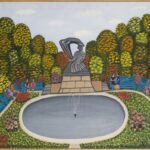 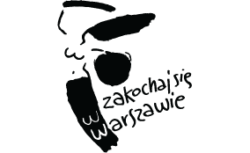